Sundance Aside, Where Are The Movie Theatres in Park City, Utah?

The Sundance Film Festival every January brings visitors from around the world to watch films in Park City, Utah.  It's quite a spectacle, and worth a visit if you like rubbing shoulders with Hollywood heavy-hitters, A-list stars, and wannabes of all sorts.

If you're not about the scene, and just want to take in a film or two while you're visiting, here are your options...

The Holiday Village Cinemas is conveniently located next to the Albertson's supermarket in Park City is closest to the slopes.  To expand your options, the new Redstone cinemas offers eight screens at Kimball Junction walking distance to lots of dining and shops. 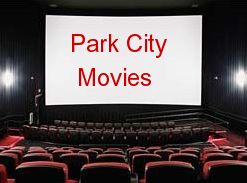 The Park City Film Series screens movies on weekends in the Jim Santy Auditorium.  This is a great opportunity to see some alternative films that don't necessarily make it to the local corporate theatres. This season the Park City Film Series is featuring films from the Best of Slamdance Series, the Sundance Institute Documentary Series, as well as free screenings of Reel Classics.