We just finished crunching the numbers from 2011, and here are the key takeaways.   The number of units (homes, condos, land) sold increased for the third consecutive year... 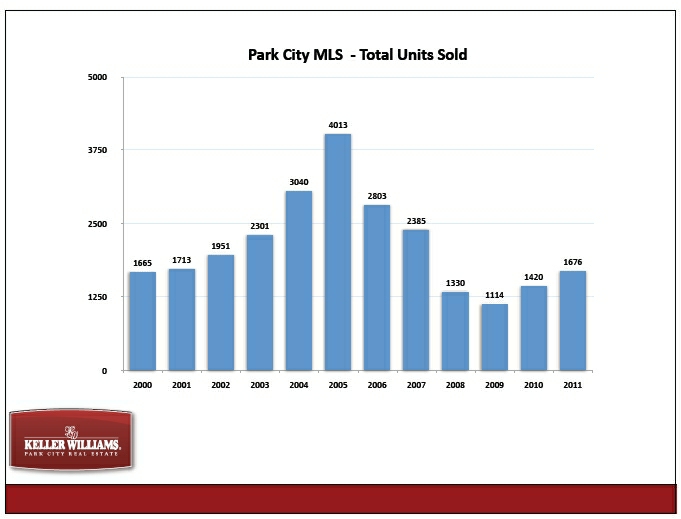 Total sales volume exceeded $1 billion for only the seventh year in the history of Park City and Deer Valley real estate. 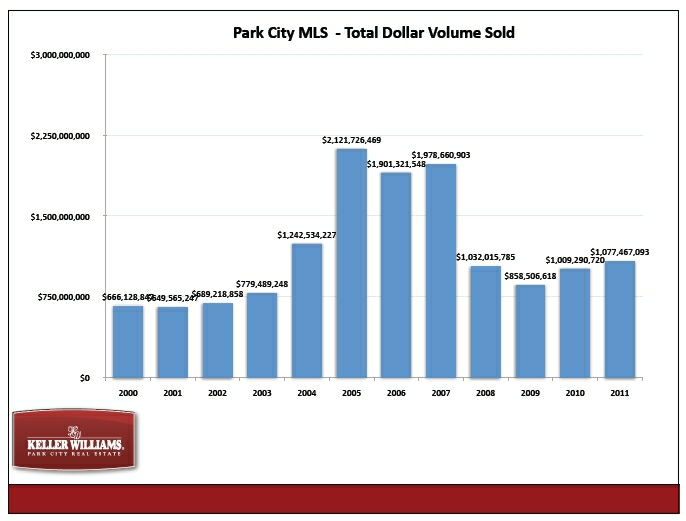 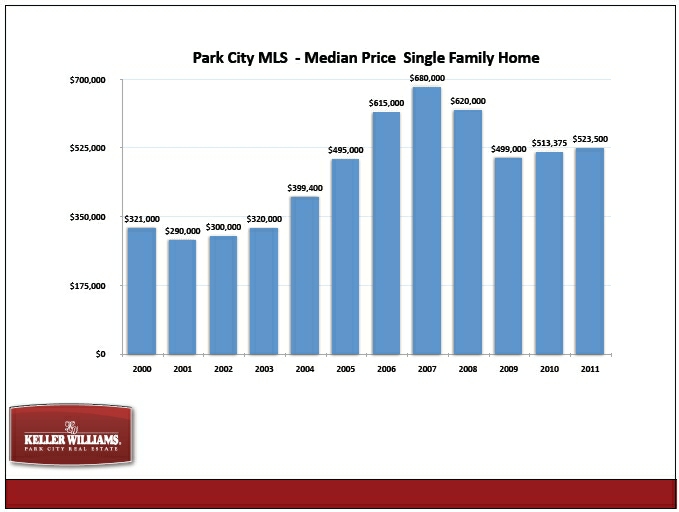 Short sales and foreclosures accounted for 8% of the active listings on the Park City MLS in the 4th quarter of 2011, but they represented 25.6% of the closed transactions. 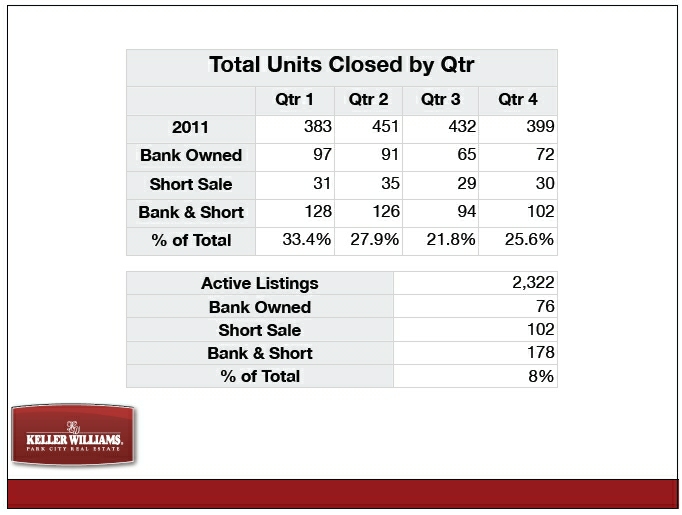 Looking at the pipeline of properties that could become next quarter's foreclosures, the number of property owners 90+ days delinquent on their loans increased slightly Q3, but the quarterly number of Notices of Default is still much, much lower than we saw in 2009... 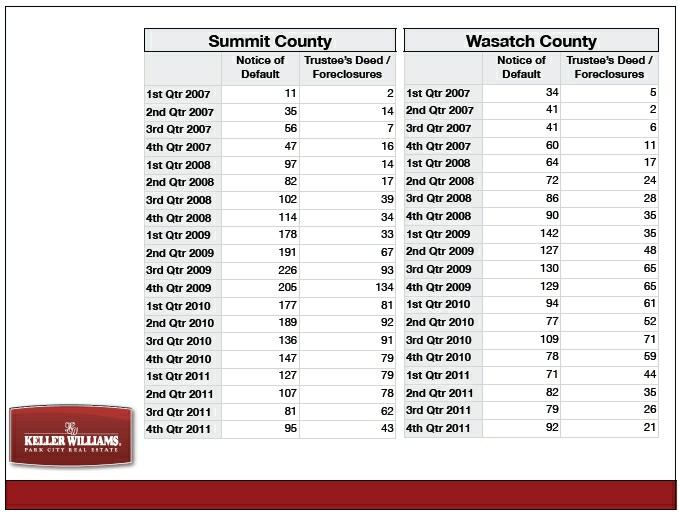 The number of properties listed for sale across the Park City MLS dropped again this quarter.  It's now  very clear that the market has bottomed and started to recover--there is only a little over one year of supply based on the 2011 absorption rate.  This is down from nearly 40 months of available supply at the market lows. 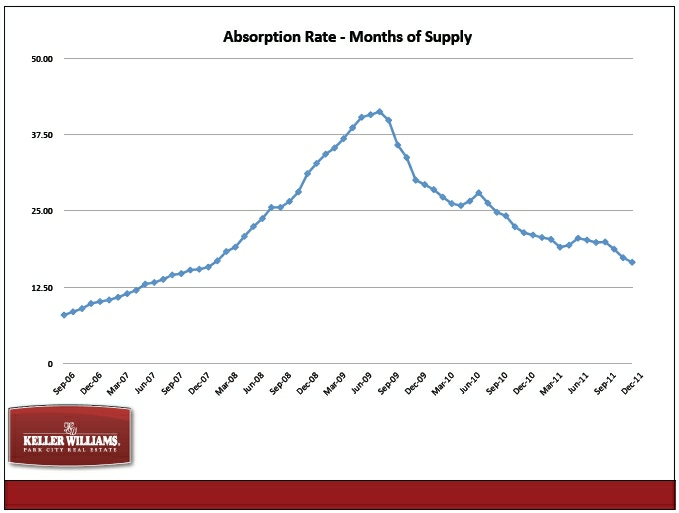 Properties are now twice as likely to sell as they were in 2009.  At the market lows, there was only a 20% probability that your home would sell.  Now that metric has increased to a 40% chance on average.  But if you own Park City or Deer Valley real estate and you're considering selling, don't despair...

Your chances of selling can be dramatically greater than this.  Our team actually sold 71% of the properties that we listed last year--nearly twice the average. 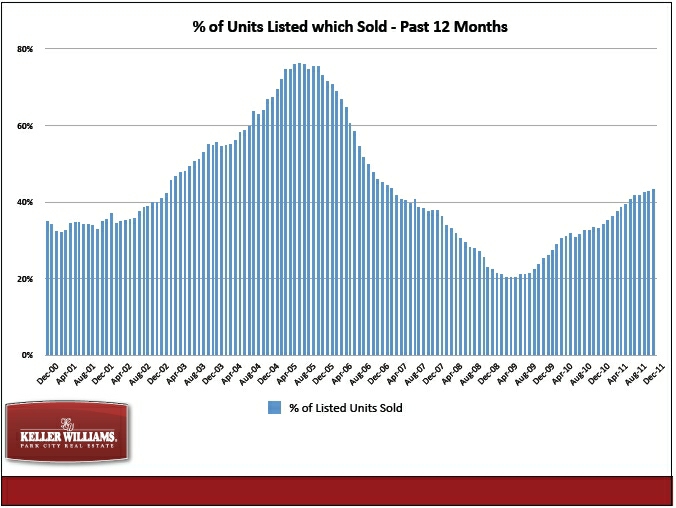 Most of these graphs are backwards-looking, so what data can we look at to help us estimate where prices are heading in the near future? 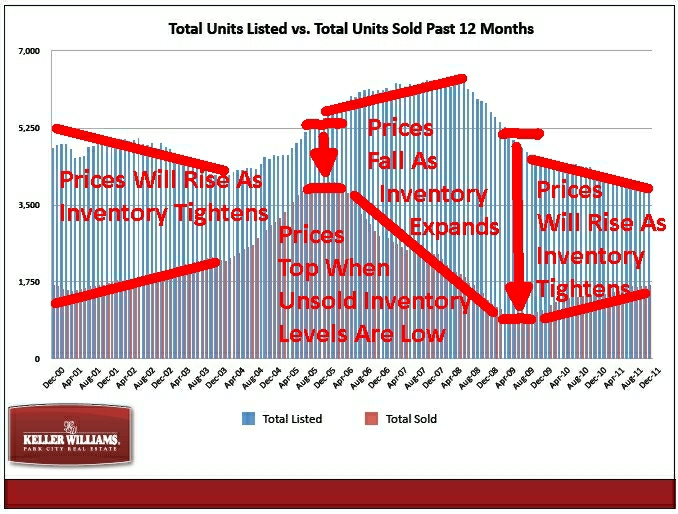 Based on the available inventory rapidly shrinking in many, if not most, Deer Valley and Park City neighborhoods it won't be long until median and average prices  begin to move upward with more velocity.

You can download a pdf of our complete folio of 4th Quarter 2011 Park City Real Estate Market stats and graphs here.