The stats are now compiled, so let's look back at 2008 Park City real estate sales.

(Data courtesy of the Park City Board of Realtors) 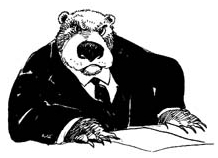 Here's the bottom line... The real estate market in the Park City & Deer Valley area is not dead.

True, the global economic conditions have been felt in Park City, but overall the Park City market is still showing strength compared to most of the rest of the country.